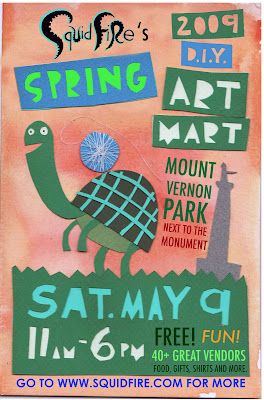 Join over 50 of the best local and regional crafters and artists as they display their handmade wares in the most beautiful park in the city. The event goes on rain or shine. I'll be there as well as a number of my fellow BEST buddies. I'll be posting more this week on who will be there. Hope to see you there!
Brought to you by: Jenny Jen at 3:18 PM 1 comment:

Design as If you Give A Damn!

I saw Cameron Sinclair speak last night at MICA and I feel I have to share this with as many people that I can...I was amazed! I am constantly knocked over by the hope and humanity and positive outpouring of these contemporary hero's. Obama gave me tear jerking hope that I never thought I would experience in my life time. That is so sad to even admit it. Last night's lecture by Cameron Sinclair, founder of Architects for Humanity spicked my puch of hope even further. Here is Sinclair's talk at the TED awards that is so worth spending 23 minutes watching. It makes want to do something way more than my little birdy contributions to the world...but perhaps find a better way to imsprier my studnets to get involve and mae a difference. And that it can all happen with DESIGN!
TED AWARDS 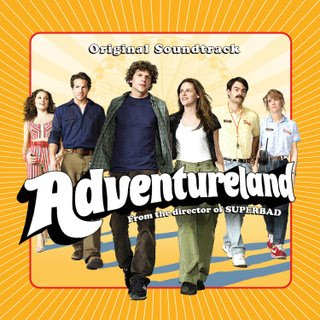 So Mildred and I had a ladies night out with Indian Food and a good movie. We both graduated from Towson State in 1985...actually Mildred graduated a semester early in 1984....but we both ended up in the misery of artistic degrees...me, with a BS degree in Fine Arts with a concentration in Painting...Mildred with a double major in English and Spanish...I believe her concentration was in Creative writing. Both of us having to move back home to horrible jobs in retail...Mildred did some time in the housewares department of the Hecht Company...me with a hipper Job at Kemp Mill Records that only lead to more retail jobs closer to the city so I could move out of my parents house.
So of course the movie of choice tonight was "Adventureland" .And yes I believe director Greg Mottola got 1987 right! He nailed the outcast poets returning to the homeland right...the job prospects.....and of course the awesome soundtrack. Check out the playlist here on The Playlist blog. I'm listening to the Rolling Stones' Top right now as I type.
Brought to you by: Jenny Jen at 12:34 AM No comments:

What's UP with Matt Stephens 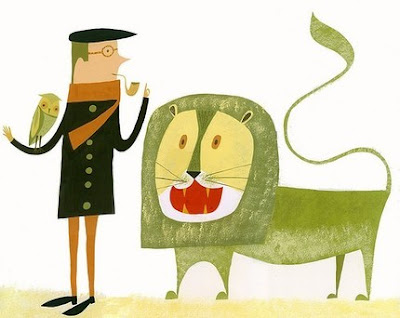 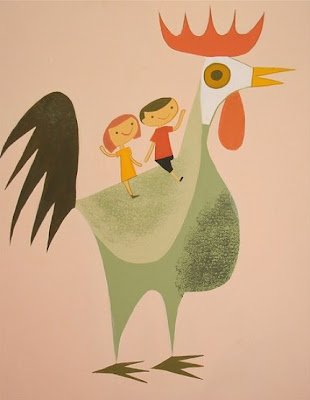 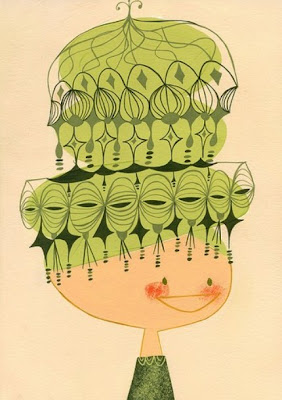 so...you remember that bib I love from when I was a little one under my Aunt Anna's Christmas Tree....those amazing images form the early 60's ....and here it is, from one of my favorite artist...Matt Stephens. 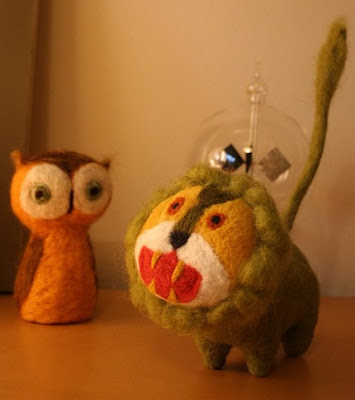 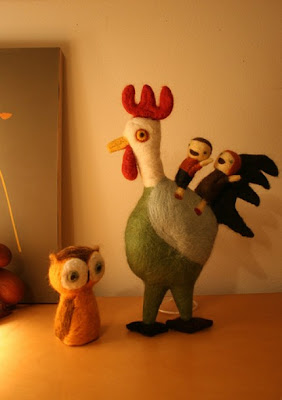 I'm diggin' these felt figures too! Let's hope for some good spring sales so I can purchase a print soon!
Brought to you by: Jenny Jen at 9:50 PM No comments: 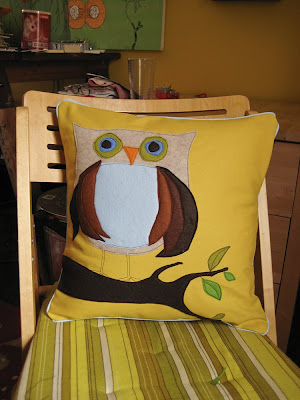 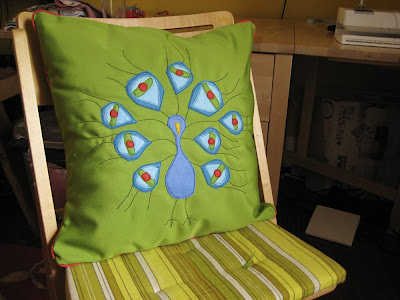 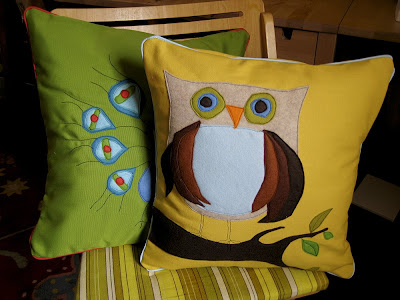 More pillows that will be at Spring Bada-Bing
this Sunday in Richmond Virginia
Brought to you by: Jenny Jen at 11:03 AM No comments: 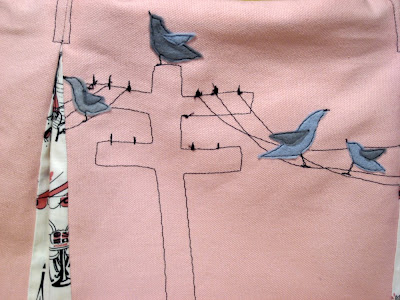 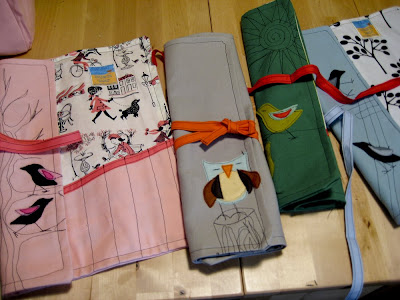 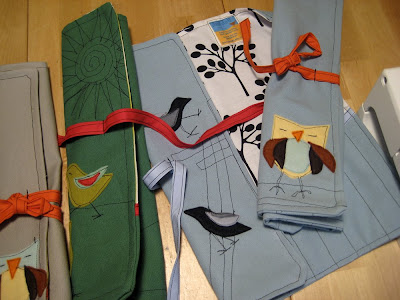 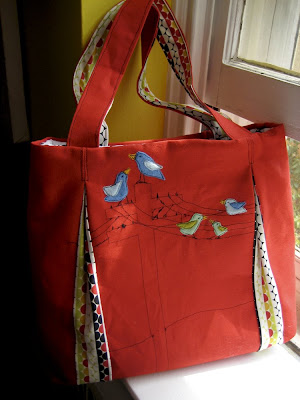 So I've been working my butt off getting ready for the spring season. I am so happy to get my sewing machine back from repairs and a much needed tune up! My back up Kenmore helped greatly over the past two weeks but now I can put it away for a rest.
I'm not going to post any new items in my shop, giving the Richmond people first dibs. Here are sneak peak into what will be new from Jennyjen this spring. 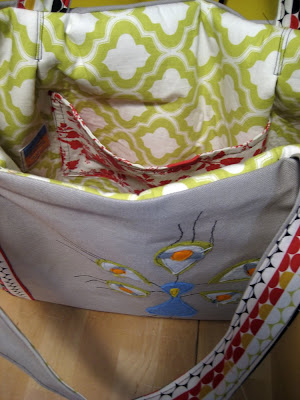 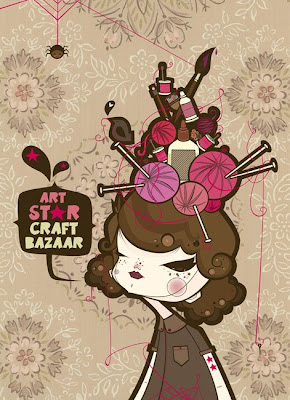 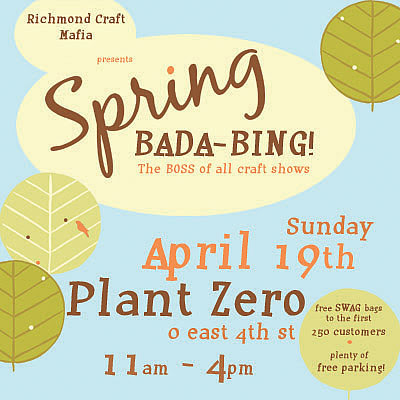 I am wonderfully on spring break and trying to enjoyed this wonderful weather even when it decides to snow on my parade. The trees have burst with beautiful colors and the daffodils have exploded. The cardinals are out as well as the finches and of course the Robins. I'm sorry for not posting since March. The death of Louie has been a sad one and I've been doing my best to keep Chuckie happy and occupied, as well as myself. I have my spring schedule for the craft season. I'm pretty proud that my goal of getting out of Maryland has grown...notice 2 mre out of state shows!